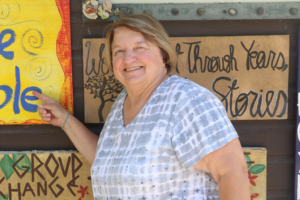 Jane has been the Executive Director since 2002. She came to Camp Newaygo in 1975 as seasonal staff while working full time teaching Middle and High School Art for 25 years. She has a master’s degree in Education from Central Michigan University and was a Middle Level Curriculum Consultant . 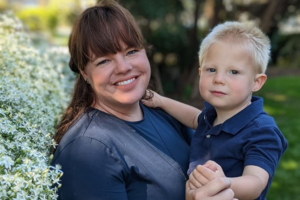 Jalisa came aboard as the Program Director in 2011; was promoted to Assistant Director in 2014; and was named Director in January 2020. She is a leader in the camping field and is the chair of the National American Camp Association’s EPIC (Emerging Young Professionals in Camping) group. She is the recipient of the Jack Weiner Leadership Award from ACA in 2017. She has a bachelor’s degree in camp administration from Florida State University. She and her husband Michael were married at Camp in 2014, and their son Calvin loves living at camp – especially jumping off high dock. 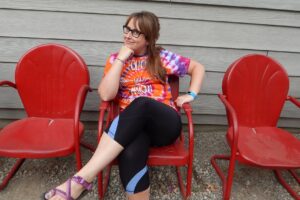 Caitlin began her career at Camp Newaygo in 2002 as a counselor, and through the years served as the Leader in Training Director and Tripping Director until taking over as the Business Director in 2015. She worked for several years as an educator and historian for the National Park Service and various public museums. Caitlin holds a masters degree in History from Central Connecticut State University. She and her husband Mike were married at Camp in 2019 and enjoy hiking around Newaygo County with their daughter Violet. 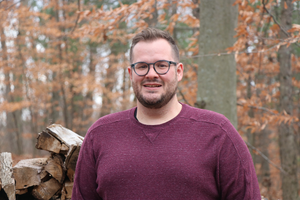 Scott came to Camp Newaygo as the Community Program Director in 2017 and now leads our program team during summer camp and throughout the year. Scott brings extensive experience from working at a number of camps and youth development organizations across Michigan. He has a Masters degree in Architecture with a focus on community development and youth participatory design processes. Scott is passionate about helping our summer staff develop leadership skills and providing accessible, equitable opportunities to youth. His lab-beagle mix Lola loves living at and exploring camp. 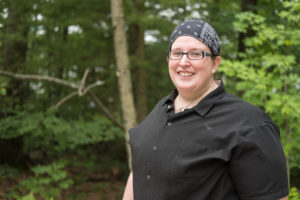 Whitney started her career at Camp Newaygo in June 2018, and has already embraced Newaygo county and all it has to offer. Whitney comes to us from Lucy’s Cafe in Grand Rapids, and has experience with The Gilmore Collection and working for Disney World. Whitney holds a degree from the Culinary Institute of Michigan. She and her husband Dave were married at Camp Newaygo in 2021, and their daughter Brooklyn is a proud Camp Newaygo camper. 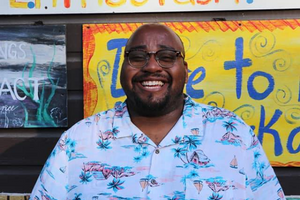 Patrick is originally from Missouri City, Texas, a suburb outside of Houston, Texas. He holds a bachelor’s degree in Organizational Leadership from Fort Hays State University #RollTiges and is pursuing a master’s degree in Strategic Communication at Troy University.  Patrick’s camping experience includes programming and coordinator roles at YMCA camps throughout the Midwest, Texas and New Hampshire. What Patrick enjoys the most about working with youth is the opportunity to teach and role model civic engagement and social responsibility. In his spare time he enjoys reading, movies, live music, and conversation. Some of his favorite topics to read and learn about are diversity, equity, and inclusion! 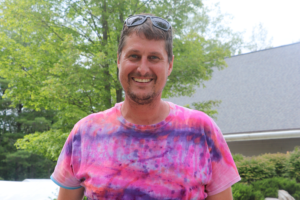 Originally from Fremont, Ryan now lives up near Camp, a short walk away from the main gate. He learned his skills in maintenance from his dad, who operated rental properties while being a teacher in Grant, MI. Prior to working at Camp, Ryan managed facilities for 30+ local rental properties. He and his wife Katie were married at Camp Newaygo in 2012, and their children (Case & Cora) love spending time at camp, especially if it involves treats from Chef Whitney. 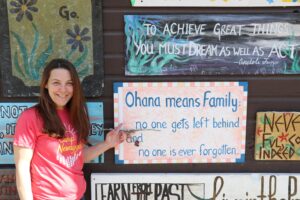 Jody is the youngest of 8 and mother of 3. She moved back to the Howard City area in 2013 and she became a part of a blended family when she married her husband, Rob, gaining 2 bonus daughters. Jody also has a son named Collin who has Autism.  Jody has years of experience working in the healthcare industry and with children. Jody is excited to be a part of the Camp Newaygo family. She is most looking forward to the change of pace that camp offers! 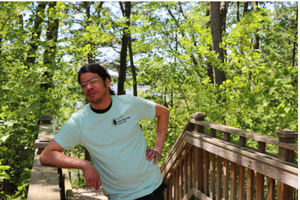 This is John’s first summer with Camp Newaygo as our Chef! John can be found jammin out in the kitchen, creating tasty concoctions for our camp meals, and coaching our culinary interns into tomorrows leading culinary professionals. He is a talented guitarist, but will not sing you a song(HAHA!). In his spare time you can find him watching a documentary or completing a challenging puzzle. John is excited to be a part of the Camp Newaygo team! 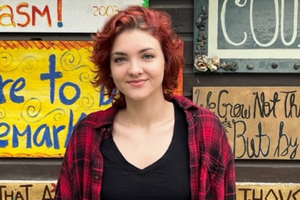 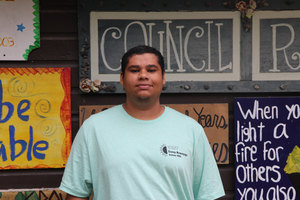 Cesar comes to Camp Newaygo from Brazil. He has worked as a camp counselor, outdoor educator, and has had youth camping experience at camps in Brazil, Canada, and Michigan. Cesar also has experience as a teacher, tv show distributor, and tv producer. Cesar loves everything about camp and is optimistic that this year-round internship experience will be amazing. 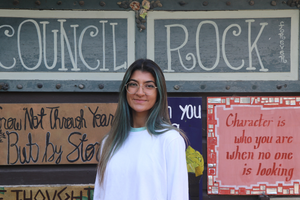 Barbara came to the United States from Brazil 3 months ago to change the direction of her life and to learn more about herself. This journey has led her to become an intern at Camp Newaygo. Barbara is excited to learn more about camping and to have American experiences. She is very grateful that Camp Newaygo has given her an opportunity to expand her knowledge and experiences. Barbara’s favorite camp activities are anything to do with arts and crafts and board games. At Camp Newaygo she is looking forward to growing professionally, both in activities with children and learning to work in new areas. She believes that Camp Newaygo is the perfect place to reach all of her goals. 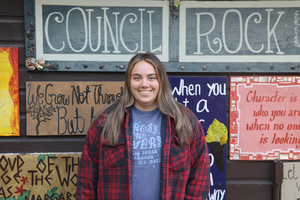 Abigail started at Camp Newaygo in 2012 as a camper, served as an L.I.T., then as a counselor for 3 years. She decided to become an intern to give back to camp after all it has given to her. She loves to teach archery, arts and crafts and lead the bog walk. She is really excited to learn about how Camp Newaygo operates during the spring and fall seasons. A fun fact about Abigail is that her great-grandmother was a cook at Camp Newaygo.