Although it doesn’t sound possible, I think my daughter was in love with summer camp, even before she ever attended summer camp.  Below, is a photo taken seven years ago of Ava – all packed up and ready to go to summer camp for the very first time – even though we were hours away from loading the car and departing for Camp Newaygo.  She just couldn’t wait to go.  Ava’s anticipation was a little perplexing.  She’s not particularly outdoorsy, or crafty, or socially gregarious, so we couldn’t figure out why she was so excited about camp.  Perhaps she was just ready for a new experience and a good, old-fashioned adventure. . . 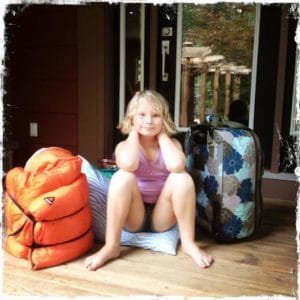 That first year of camp for Ava was just a three night mini camp.  I sure missed her for those three nights.  It was hard for this mother not to be with her daughter.  I was like a stalker, obsessively checking the Camp Newaygo photo blog, hoping to see a glimpse of my daughter. Occasionally, there was a photo of Ava, and I’d zoom in to analyze the photo and to see if it looked like she was having a good time.  I worried a lot that first three night mini camp.  I wanted Ava to have a good time.  But I shouldn’t have worried at all.  When I arrived to pick up my daughter, she immediately burst into sad tears.  “Mom, three nights just isn’t long enough.  Next year I want to come for a week!”

Camp Newaygo is rich with many traditions – the songs, the rustic settings, the ceremonies, the characters on staff. Ava particularly loves the scarves that are passed on every year to the next group of girls (which they wear proudly for all ceremonies, like the Wishing Boat Ceremony where girls carve and paint their wishing boats to be lit by one of the chosen light campers). We both love the beautiful traditional closing ceremony where tears roll up in my eyes as soon as I hear the girls singing songs as they walk though the woods holding hands. 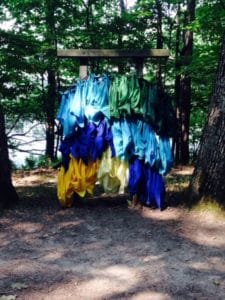 And now, our family’s relationship with Camp Newaygo also has become rich with a tradition – one that sounds like this: “Mom, (insert number of weeks) just isn’t long enough.  Next year I want to come to camp for (an increase in the number of weeks).”  And so it grows, from one week to two, from two to three, from three to a month, and so on and so forth.  This mother sends her daughter off to camp, but not for my own gain or ends.  I suffer.  I miss my daughter. Another tradition is my stalking the photo blog, analyzing the photos. . . . But I don’t worry if she’s having fun any more.  I know she’s exactly where she wants to be – at camp and in her full glory!

Every year Ava comes home from camp, and I think, it must be fun to have grown so much in such a short time.  She returns to us filled up with stories, and struggles, new skills, new experiences, more friends, and GIRL POWER!  Those campouts and campfires light a fire of confidence in our daughter that is a direct result of living under the trees and swimming in the fresh waters of Pickerel Lake.  It is also a direct result of taking photography classes (including dark-room developing), being mentored by talented and caring councilors, hiking long trails, and being guided by the thoughtful programming that gives structure to daily life at camp. 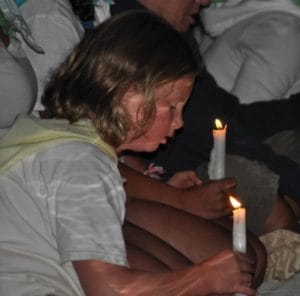 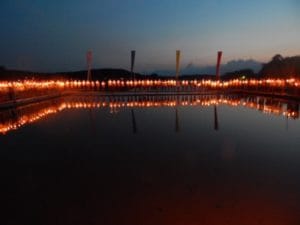 Another family tradition we have with Camp Newaygo, is how to pay for it.  It’s a gift to be able to go to camp.  It’s also an investment in experience, and one that we make sure our daughter is fully invested in.  Part of our bargain as parents is that we’ll help pay for camp as long as she helps to pay for camp.   It started out that Ava had to raise her own spending money, but as Ava’s commitment to attend more weeks of camp increased, so did her own financial commitment.  Camp Newaygo has become so important to our daughter that she is willing to pay for some weeks of her camp experience all by herself.  She baby sits, works odd jobs, runs a table at the local farmer’s market.  Now, Camp Newaygo has made it much easier on us by giving us the choice of a monthly payment and allowing us to set it up automatically with our choice of amount each month.
Thank You Camp Newaygo for giving us the opportunity to keep sending Ava to camp every year where she is growing, becoming a leader for life and making life long friends and beautiful memories. 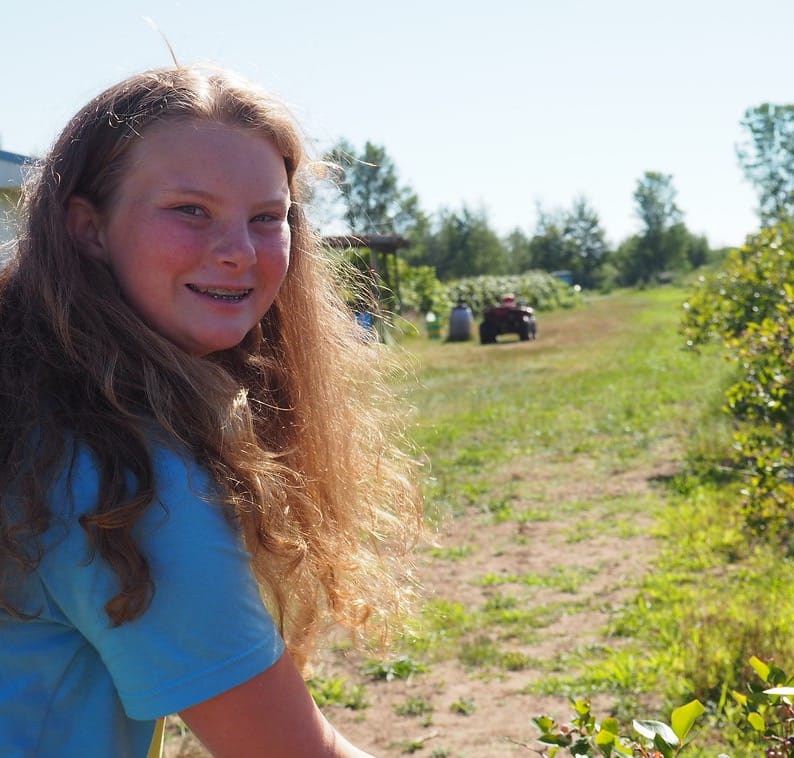 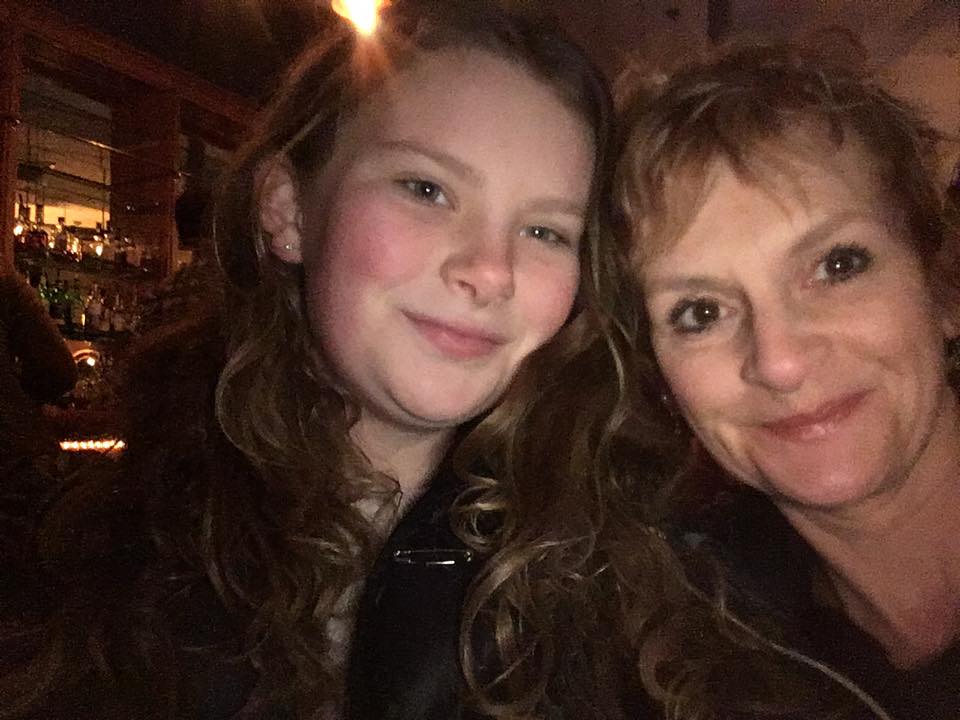